Video,  and Still photography
Dave is a highly successful independent film maker and film company owner.  Miller Productions has produced five major documentaries in 2013, 2014, 2016, 2018 and 2021.  All winning multiple awards.  Dave has done work with NBC-12, WCVE-PBS, Maryland Public Television, The Virginia Farm Bureau Federation, The Mathews Maritime Foundation, Capital One, Virginia Seafood, Green Top, Virginia Tech, Warner Hall, Rappahanock Westminster-Canterbury, and Henrico County Schools and local government as well as many other clients.  Dave produced over 100 bi-monthly features for "Real Virginia" a widely broadcast television program filmed across the state of Virginia. He is now focusing on Virginia Stories and films about the Chesapeake Bay and the Virginia coast.
Stream "The Art of Willie Crockett and Virginia's Eastern Shore"
Stream "Gilbert Klingel: Man of Steel"
Stream "Journey on the Chesapeake: The Way Back Home"
Stream "Striped Bass: The Quest for the Bite"
Stream "Oysters, Boats, and Men"

The new Chesapeake Bay film,
"The Legacy of Gilbert Klingel: Man of Steel"
Premiered in July 2018!
www.gilbertklingel.org
Premiere Screenings  in were in
Mathews, Va.
and on
WCVE/WHTJ PBS - Richmond, Charlottesville
and on WHRO PBS - Norfolk, Virginia 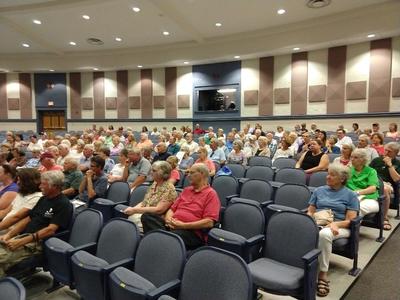 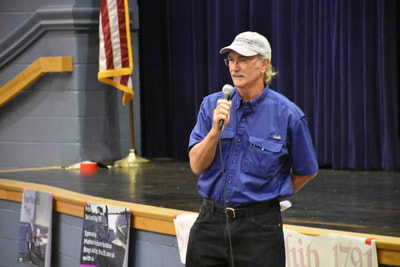 ​     "Such a fabulous story and so well told! Gil Klingel is understandably known internationally for his significant contribution to shipbuilding and the waterfront. It’s high time he be so honored and recognized. May his legacy bear the fruit it deserves, and especially where it all took root on Gwynn’s Island!"
—Ann Hedberg,  Indie Journalist

"Just watched the Klingel movie on PBS--it is TERRIFIC!!!  I think it's best one that Dave Miller has done yet, and ALL those who helped produce it deserve a lot of thanks & recognition.  What a tribute to Klingel, a true Renaissance Man--all the adjectives used to describe him are appropriate..."
Nancy Lindgren,  past President of MMF.

New:  Digital Streaming of Chesapeake Bay Films:
(For DVDs click arrow down below) 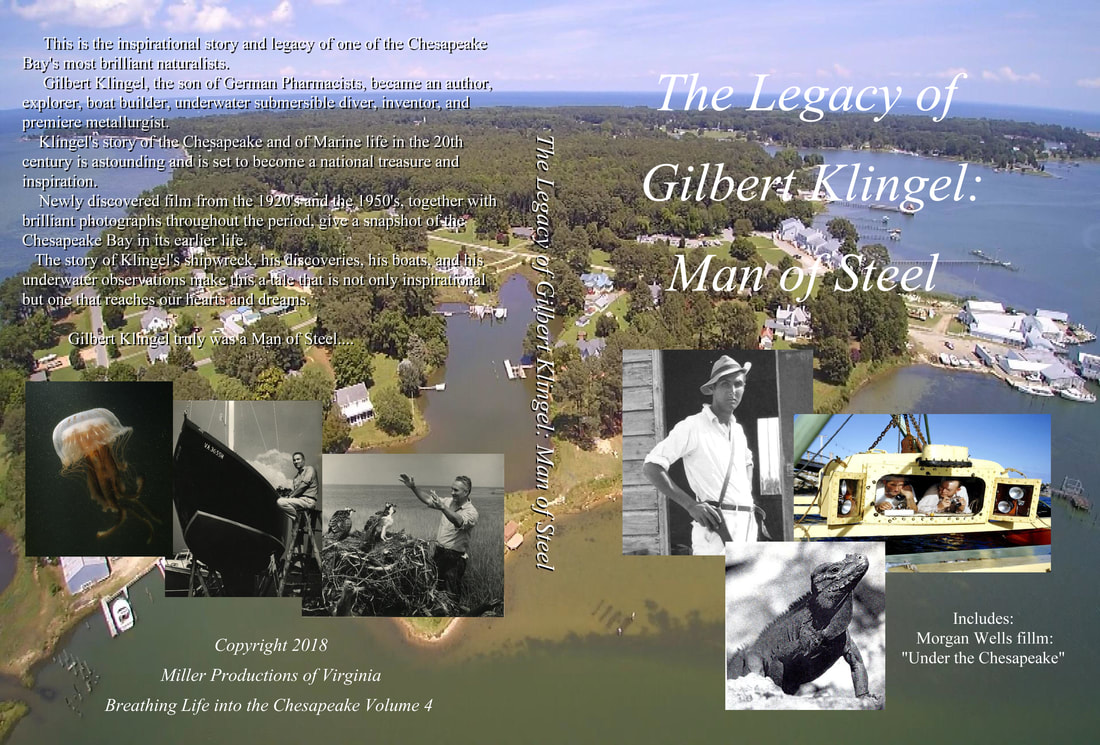 Click Here to Stream: "Journey on the Chesapeake" cost $5.00 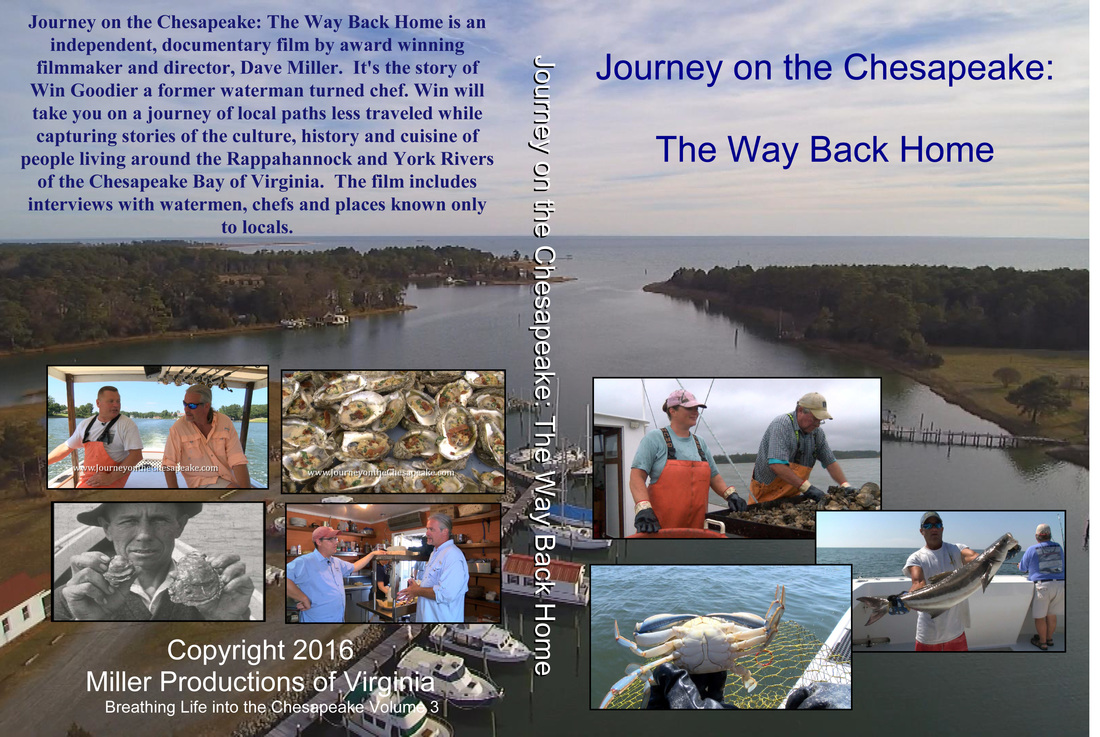 ​﻿Don't miss Dave's new film project "Journey on the Chesapeake:  The Way Back Home"  at   www.JourneyontheChesapeake.com

Look for the film again on your local PBS station ! Dave's 2014 documentary "Stripers: The Quest for the Bite" in now available on DVD.  This film is one hour and covers everything about Striped Bass from Smith Point Lighthouse, down to Virginia Beach, up the coast to Wachapreague, and then 25 miles out into the EEZ.  There are a lot of Rockfish and a lot of information in this film documentary!
Click Here to Stream: "Striped Bass: The Quest for the Bite" cost $5.00
Clcik Here to Stream: "Oysters, Boats, and Men" cost $5.00 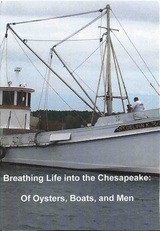 This is the you tube intro to the 56th Annual Virginia Saltwater Fishing Awards Program Feb. 7, 2014 at the Virginia Beach Convention Center.  For the full video download or DVD see below.